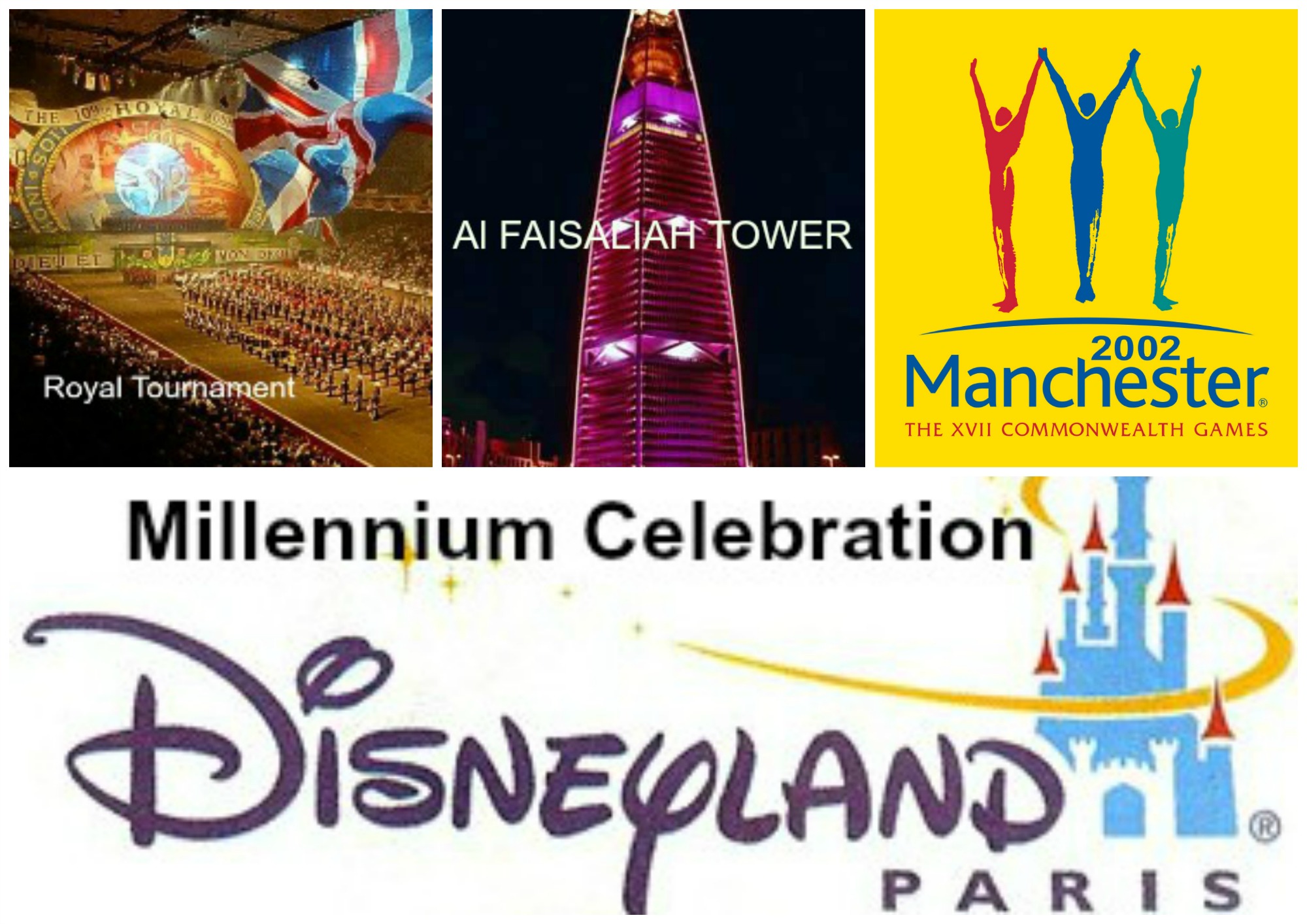 I have worked on a wide variety of Live Events, all of which have been on a grand scale; some of them broadcast live to millions of people worldwide. My introduction to these events, was as Head of Lighting for the Royal Tournament 1996 through to the last one at Earls Court in 1999. The Royal Tournament was a large military tattoo run and performed by the Military of the UK. The civilian involvement was limited but they required a Head of Lighting to control the immense lighting rig and to be able to adapt to the ever-changing format of the show. My ability to perform under the pressure of this large event, gave me the experience to move onto other large-scale events, both at home and abroad.

Some of my work on the Commonwealth Games Manchester: